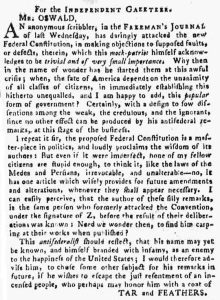 The most prolific and profound public debate in American history occurred over ratifying the Constitution in 1787–1790. Much of this debate occurred in the print media—newspapers, broadsides, and pamphlets. Thousands of anonymous essays signed with a pseudonym appeared either as a single, stand-alone essay or as part of a series. After their original printing, essays were often reprinted in other newspapers and were sometimes compiled in pamphlet anthologies with other like-minded essays. For a wider distribution, individual essays were occasionally published as a pamphlet; while broadsides (usually a single sheet of paper printed on one side) often targeted a local audience sometimes preceding an election. The longest series of newspaper essays consisted of eighty-five numbers of The Federalist written by Alexander Hamilton, James Madison, and John Jay under the pseudonym of “Publius.” These essays were subsequently published in a two-volume edition in March and May 1788.

Pseudonyms were used for a variety of reasons. First and foremost, it was felt that the avoidance of authors’ names concentrated attention on the issues, not on the personalities of the authors. Anonymity also contributed to the freedom of the press in that proponents of unpopular positions might be intimidated or ostracized socially and/or economically if their identities were publicly divulged. One Philadelphia Federalist warned an Antifederalist to be wary lest “his name may yet be known. . . . if he wishes to escape the just resentment of an incensed people, who perhaps may honor him with a coat of TAR and FEATHERS” (Philadelphia Independent Gazetteer, 28 September 1787). Such intimidation had silenced Loyalists during the war and might inhibit opponents of the proposed form of government. 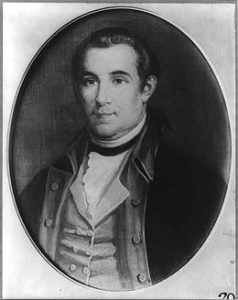 Furthermore, during a time when dueling was not uncommon, writers were reluctant to acknowledge their authorship of harsh or abusive rhetoric that might provoke a duel. Eleazer Oswald, the volatile printer of the Philadelphia Independent Gazetteer, regularly threatened writers and even other printers who alienated him. In January 1786, Oswald challenged fellow Philadelphia printer Mathew Carey to a duel after Carey printed a scurrilous poem written by Carey that maligned Oswald. A former artillery officer during the war, Oswald was a crack shot. Oswald survived the duel unscathed, but Carey suffered a serious leg wound that hobbled him for fifteen months. It was reported that a number of Philadelphia printers and authors cautiously avoided Oswald for fear of being challenged to a duel.

A few authors, although adhering to the etiquette of not affixing their names to their essays, used pseudonyms that were well known to be their previous sobriquet. Thus, during the Revolutionary War, Thomas Paine almost always signed his essays “Common Sense” because he didn’t want anyone else being credited with his writings. Alexander Contee Hanson, an Annapolis judge of the Maryland General Court, was condemned for using “Aristides” as the pseudonym of his forty-two-page Federalist pamphlet. Having used “Aristides” for many years, it was “equal to a public avowal of the author.” One Antifederalist accused Hanson of sacrificing “prudence to vanity.”

Occupations were also used as pseudonyms, such as A Bricklayer, A Carpenter, Centinel, A Countryman, A Farmer, A Federal Farmer, A Landholder, A Mechanick, A Metallurgist, An Officer of the Late Continental Army, A Ploughman, A Soldier, The State Soldier, A Yeoman, etc. English writers, particularly from the 17th century, were used, e.g. Algernon Sidney, Harrington, Hambden, Hampden, John Pym, Junius, An Old Whig, and Sydney. State and national identities were commonly used, e.g., An American Citizen, A Citizen of New-York, A Columbian Patriot, A Freeman, and One of the People. Surprisingly, the Bible provided only a few pseudonyms, such as David, Ezekiel, Isaiah, Israel, and Samuel. 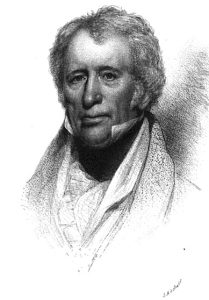 Benjamin Russell, the printer of the Boston Massachusetts Centinel, announced that he would not print Antifederalist essays unless the authors left him their names to be revealed upon request. Antifederalists, who feared having their names divulged in Boston, an ardently Federalist town, criticized such a policy as a blatant attempt to limit their access to the press. The public and legislative denunciation against Russell’s policy evoked a reconsideration, but then Russell justified his failure to print Antifederalist pieces because none were submitted.

In Savannah, Georgia, “A Farmer” proposed that James Johnston, the printer of the Gazette of the State of Georgia, post a literary roster in his office listing the names of all anonymous essayists. This would stifle “designing, specious demagogues” who try to “make your paper a vehicle of their seditious nonsense . . . sent forth into the world through your paper as the immaculate offspring of prescience and patriotism; and to make a greater impression upon the world, they never fail to sanctify their productions with some sacred, respectable, or specious signature. Thus we often see a living Catiline personating a dead Cicero and a modern Thersites assuming the ancient name of the sage Socrates or divine Plato.” By having this list “free at all times for inspection,” “A Farmer” hoped that it might forestall “the lucubrations of knaves and blockheads.”