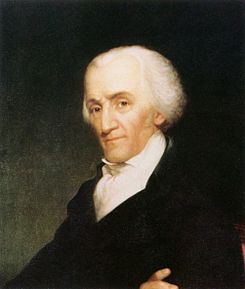 “Mr. Gerry… seems to be used as an instrument for setting this continent in a flame.” ( 1783, Charles Thomson)

“… a man of sense, but a Grumbletonian. He was of service by objecting to everything he did not propose.” (1787, Unknown to Thomas Jefferson)

Mr. Gerry was chosen [as a delegate to Congress], who went with me to Philadelphia, and We took our Seats in Congress on Friday 9 February 1776. In this Gentleman I found a faithful Friend, and an ardent persevering Lover of his Country, who never hesitated to promote with all his abilities and Industry the boldest measures reconcilable with prudence.

The News, you will learn from my very worthy Friend Gerry. He is obliged to take a Ride for his Health, as I shall be very soon or have none. God grant he may recover it for he is a Man of immense Worth. If every Man here was a Gerry, the Liberties of America would be safe against the Gates of Earth and Hell.

. . . though he is far from being distinguished for his talents in Oratory, and cannot boast of the thunder of his voice, the harmony of his periods or any of those high strokes of eloquence which transport and captivate the hearers, nor of a just arrangement of arguments or soft insinuating address which commands the attention of an Audience and leads them insensibly and almost involuntarily to the point he means to carry, yet with his feeble voice and uncouth delivery broken and interrupted with many a heck & hem & repetition of ofs & ands he assumed such a superiority over [his opponents].

I promise myself from Mr. Gerry’s Attendance in Congress all those changes for the better in the Management of the general Affairs of the Union, which I have often seen proceed from the Clearness of his Head and the goodness of his heart. I know of scarcely any Man of more Address, more Industry or Perseverance. He never appeared in Congress without a great Influence. He deserves to stand higher in the Estimation of Massachusetts than he has appeared to me at this distance to stand. He has merited more of that State than I am afraid they know of.

Mr. Gerry’s character is marked for integrity and perseverance. He is a hesitating and laborious speaker; possesses a great degree of confidence and goes extensively into all subjects that he speaks on, without respect to elegance or flower of diction. He is connected and sometimes clear in his arguments, conceives well, and cherishes as his first virtue, a love for his Country. Mr. Gerry is very much of a Gentleman in his principles and manners;—he has been engaged in the mercantile line and is a Man of property. He is about 37 years of age.

After four months session the house [i.e., the Constitutional Convention] broke up. The represented states, eleven & a half, having unanimously agreed to the act handed to you, there were only three dissenting voices; one from New England, a man of sense, but a Grumbletonian. He was of service by objecting to every thing he did not propose.

Gerry . . . has as high notions of profusive grants as any person I ever knew, and has manifested such an illiberal and ugly a disposition since he has been in Congress that I believe no man has fewer friends than Mr. Gerry.

Mr. G —- What can I say. You see him always in the minority, you see him very frequently wrong and the poor man looks ghastly. I believe he is worried, mortified and quite in the horrors. A constant correspondent of W[arre]n and his Wife, all of whom see nothing but ruin & destruction before them, & who will again Set our State by the ears if possible. Watch them closely.

One of the Company expressed such Inveteracy against my old Friend Gerry that I could not help taking up his Vindication. The future Election of a Governor, in Case of an empty Chair, excites Jealousy which I have long perceived. These Things will always be so. Gerry’s Merit is inferior to that of no Man in Massachusetts, except the present Governor [i.e., Samuel Adams], according to My Ideas and Judgment of Merit. I wish he was more enlarged however and more correct in his Views. He never was one of the threads tyed into the knot, and was never popular with that Sett.

Though I know that he is a very well informed one upon Congress business, and of a most friendly turn of heart, good husband, father and neighbor, yet I know him so well as to say that of all men I know in America he is perhaps the least qualified to play a part in Paris, either among the men or the women. He is too virtuous for the last, too little acquainted with the world and with himself for the first, and could do no possible good but in a relative character as one of three envoys.

He was a respectable young merchant, of a liberal education, and considerable knowledge. He was slow in his perceptions and in his manner of doing business, and stammering in his speech, but he knew and embraced truth when he saw it. He had no local or state prejudices. Every part of his conduct in 1775, 1776, and 1777 indicated him to be a sensible, upright man, and a genuine friend to republican forms of government.

Though Mr. Gerry is not too old for the most arduous Service, he is one of the earliest and oldest Legislators in the Revolution and has devoted himself, his fortune and his family in the Service of his Country.